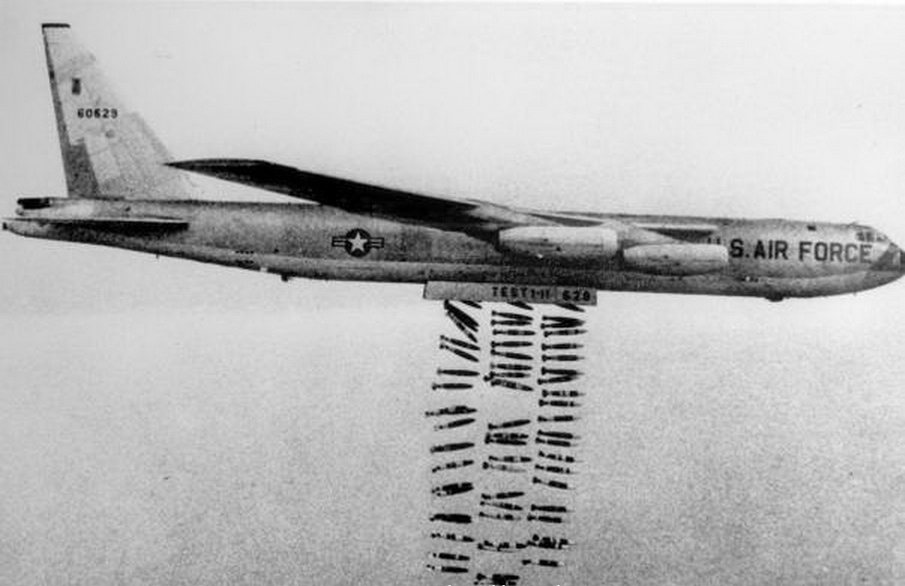 There have been so many headlines this week, from “G7 summit on climate change to Refugee Issues” to “Obama’s Heartbroken by Manchester Attack as Father of Two Daughters.”
However, isn’t it ironic that Trump vie-a-vie USA wants NATO to spend more money in order to bring peace and security to Europe and the world but at the same time I read a headline saying, “President Donald Trump closed a nearly $110 billion arms deal with Saudi Arabia.”
Is this the America’s way to keep selling arms, so people in other countries can kill each other to make “America GREAT again”?
When I began to learn how to read, I read a lot about politics, social issues, Carl Marx, Hitler’s Mein Kamp, Chairman Mao’s The Great Leap Forward and Pol Pot’s biography, I even read Plato. They all sounded reasonable until I stumbled onto this Youtube’s video uploaded by an anonymous named The Informer and the following article brought so much angers and tears which eventual gave me the will and determination to write my memoir, Father Missed His Plane: A real-life story of a boy’s separation from his family, survival and adversity in the Killing Fields of Cambodia and beyond.
This brings me to the question, “Has the great America learned anything from its history as I have learned from mine?” If we keep bombing and destroying the livelihood of a child’s education and future, he or she will never be able to learn and make the difference between right and wrong, and with that ignorance he or she will be easily manipulated to become a terrorist because they don’t have the knowledge to tell the difference. If I don’t know any better I would join the bomber like what happened at Manchester Attack, but I know too well that was terrible and a very cowardly act. Like the lyrics from one of my favourite American song, Greatest Love of All – Teach them well and let them lead the way. With knowledge that they will know the differences between right and wrong. Below are the article and the video link from The Informer.

THE bombing of Vietcong in Cambodia, not only they killed Vietcong but also innocent Cambodian. Vietcong use this bombing plan to destroy Cambodia by moving it force deep inside Cambodia. You will know why there were so many Khmer Rouge force in the 17 April takes over of Phnom Penh. American policy how to destroy not the enemy but Cambodian.

Even after Richard Nixon’s secret war in Cambodia became known, the president persisted in deception. “Publicly, we say one thing,” he told aides. “Actually, we do another.”

Newly declassified documents from the Nixon years shed light on the Vietnam War, the struggle with the Soviet Union for global influence and a president who tried not to let public and congressional opinion get in his way. The release Wednesday of some 50,000 pages by the National Archives means about half the national security files from the Nixon era now are public. On May 31, 1970, a month after Nixon went on TV to defend the previously secret U.S. bombings and troop movements in Cambodia, asserting that he would not let his nation become “a pitiful, helpless giant,” the president met his top military and national security aides at the Western White House in San Clement, Calif. Revelation of the operation had sparked protests and congressional action against what many lawmakers from both parties considered an illegal war. Nixon noted that Americans believed the Cambodian operation was “all but over,” even as 14,000 troops were engaged across the border in a hunt for North Vietnamese operating there. In a memo from the meeting marked “Eyes Only, Top Secret Sensitive,” Nixon told his military men to continue doing what was necessary in Cambodia, but to say for public consumption that the United States was merely providing support to South Vietnamese forces when necessary to protect U.S. troops. “That is what we will say publicly,” he asserted. “But now, let’s talk about what we will actually do.” He instructed: “I want you to put the air in there and not spare the horses. Do not withdraw for domestic reasons but only for military reasons.” “We have taken all the heat on this one.” He went on: “Just do it. Don’t come back and ask permission each time.” The military chiefs, more than their civilian bosses, expressed worry about how the war was going. “If the enemy is allowed to recover this time, we are through,” said Adm. Thomas H. Moorer, the naval operations chief who two months later would become chairman of the Joint Chiefs. Nixon told his aides to plan offensive operations in neutral Laos, continue U.S. air operations in Cambodia and work on a summer offensive in South Vietnam. “We cannot sit here and let the enemy believe that Cambodia is our last gasp.” The papers also are thick with minute aspects of Vietnam war-making and diplomacy. They show growing worries about the ability of the South Vietnamese government years before it fell, but also seek encouragement wherever it could be found. One May 1970 cable marked “For Confidential Eyes Only” provided national security adviser Henry Kissinger with an inventory of captured weapons, supplies and food. It noted, for example, that the 1,652.5 tons of rice seized so far would “feed over 6,000 enemy soldiers for a full year at the full ration.”

In April, US President Nixon authorises the invasion of Cambodia by a joint US-South Vietnamese force of 30,000 troops. Tasked with destroying Vietnamese communist bases inside Cambodia, the force pushes the Vietnamese further into Cambodia but is otherwise ineffective and is forced to withdraw in June by the US Congress.

The Chinese clearly supported his position. The next day Chou En-lai complained about the bombing to a group of American Congressmen. When their leader, Senator Warren G. Magnuson of Washington, suggested that the Cambodians “be patient,” Chou asked with obvious anger, “How can a man be patient when bombs are falling in his head?” He warned that although Sihanouk was a “peace-loving Buddhist,” Washington was “forcing him to put himself into the battle.”