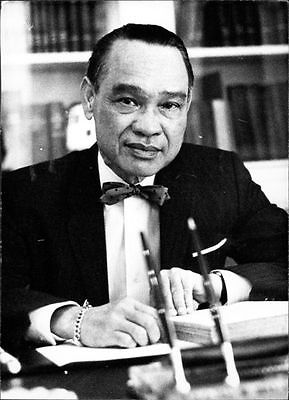 On March 18, 1970, Prince Sisowath Sirik Matak, Prince Sihanouk’s cousin, and General Lon Nol, the self-proclaimed President of a newly created Khmer Republic, with the tacit support of the United States of America, staged a coup d’Etat to depose Prince Sihanouk while he was in Paris for medical treatment. The event marked the very fatal political turning point for the government and the people of Cambodia. It triggered a series of events that led to the greatest catastrophe and genocide in the history of Cambodia. It was an event that Prince Sisowath Sirik Matak, who was the main orchestrator, came to regret later and admitted in a letter to United States Ambassador to Cambodia, John Gunther Dean, that it was his biggest mistake in life.
On April 12, 1975, the last day of US Operation Eagle Pull, the Ambassador offered Prince Sirik Matak and other high officials of the Khmer Republic political asylum in the United States. Despite his name being published on the Khmer Rouge’s list of “Seven Traitors” for execution as soon as they captured Phnom Penh, Prince Sirik Matak declined the offer and below is the letter that he responded to the US Ambassador.

I thank you very sincerely for your letter and for your offer to transport me towards freedom. I cannot, alas, leave in such a cowardly fashion.

As for you and in particular for your great country, I never believed for a moment that you would have this sentiment of abandoning a people which has chosen liberty. You have refused us your protection and we can do nothing about it. You leave us and it is my wish that you and your country will find happiness under the sky.

But mark it well that, if I shall die here on the spot and in my country that I love, it is too bad because we are all born and must die one day. I have only committed the mistake of believing in you, the Americans.

Personally, with the benefit of knowledge of history, I think Prince Sisowath Sirik Matak would have made a greater and better King of Cambodia than the Prince Norodom Sihanouk.