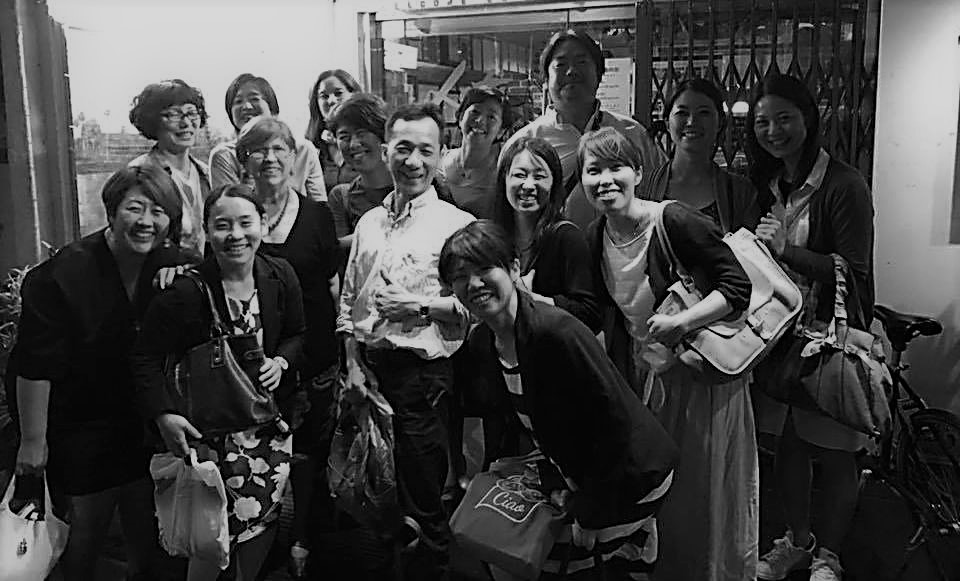 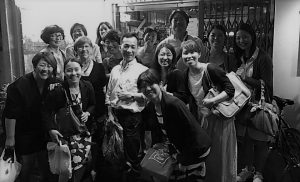 “Behind every great man there is a great woman.”
I often heard people use this phrase to express about someone who is or had been very successful and powerful leader in the world. However, my story is different. Behind my simple story there are many great women: my late grandmothers, my mother, my aunts, the UNHCR and Red Cross female officers, my wife and recently my daughter who gave me the suggestion and idea for my book jacket. And this week many more of them have come to support me and listen to my story telling – behind me there are thirteen women and a giant-heart friend who is also there to support every charity event. I have come to know these people through my volunteer in one of the hardest hit towns, Ishinomaki, Miyagi Prefecture – approximately 400Km north of Tokyo, from the Japan 2011, 311 earthquakes.

I have also learned from my audience of the Nadia Book Club that many Japanese are familiar with the Second World War (WWII), and Vietnam War, but not too many people, especially the younger generation, know about the Killing Fields of Cambodia. Though it is not their fault, perhaps our history book categorises Cambodia Civil War from 1970 to 1975 as part of the Vietnam War. However, the audience sat there quietly clinging on to every single word of my untold story, Father Missed His Plane: A real-life story of a boy’s separation from his family, survival and adversity in the Killing Fields of Cambodia and beyond. They were very keen to learn more from this very tragic event. Unlike the Australian audience I had back in early 1980s, once again it was not their fault either, it was simply at the time no one ever heard of the Khmer Rouge or believed that a little refugee boy like myself came from Cambodia and had gone through such a hardship in a concentration labour camp and survived. Yes, somehow, I survived, although I nearly didn’t.
The recent UNHCR report shows more than half of the 5 million Syrian refugees are women and children under 17 years old. We must find a home for them to survive and for the children to get educated before they become an easy target for manipulation and turn themselves into those young soldiers of the Pol Pot’s Khmer Rouge regime.
As you can see from the picture, behind 1 simple me, there are 13 great women (plus 1 great man).